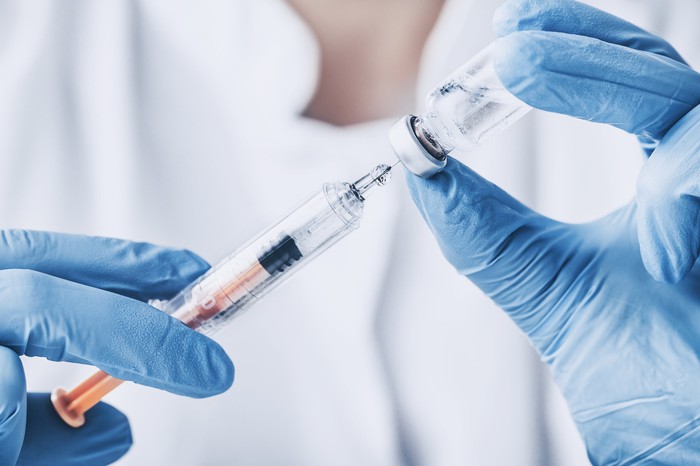 One year after the first cases of coronavirus were identified in Latin America, an analysis into the legal measures published by governments finds that 13 Latin American countries changed their laws in order to purchase the Covid-19 vaccine between September 2020 and February 2021. This is a Red Palta report.

The mass purchase of Covid-19 vaccines has once again shrouded Latin America in a cloak of opacity. Pressure from the laboratories and government desperation to acquire millions of vaccines in a race against time have brought about changes to the law in almost every country in the region. Many of these countries changed their laws to give financial indemnity and confidentiality to the pharmaceutical companies that produce the vaccine.

At least 13 Latin American countries changed their laws to purchase the Covid-19 vaccine between last September and February this year. An investigation by Red Palta in partnership with Fundación Directorio Legislativo has found that 23 new laws, decrees and resolutions were enacted over this period, each in some way shrouding these purchases in secrecy and giving financial indemnity and confidentiality to the pharmaceutical companies that produce the vaccine.

Many of these changes, including contract confidentiality, were made at the request of the laboratories. All of the contracts signed by Latin American countries are confidential and practically none of them revealed the price paid for the vaccine.

Brazil, Argentina, Colombia and Peru, among other countries in the region, were also exposed to demands by the laboratories for financial indemnity. Eight Latin American countries changed their laws to contend with potential lawsuits that vaccine manufacturers may face if there are serious adverse effects after mass vaccination plans are carried out.

Colombia, for example, made clear in the new legislation that the government can take out a “global coverage policy to protect against possible lawsuits”, one of the requirements imposed by Pfizer to sell its vaccine. Something similar happened in Panama, where Pfizer was referred to directly in the country’s legislation following its request for confidentiality in the procurement process.

The Dominican Republic also signed a “binding term sheet” with Pfizer, in which it accepted the immunity demanded by the multinational pharmaceutical company, according to Knowledge Ecology International.

In recent months, several governments in the region have accused Pfizer of imposing unacceptable conditions on the sale of vaccines. To protect itself against possible lawsuits, Pfizer has gone as far as asking countries to put up their sovereign assets, such as federal bank reserves and military bases, as collateral.

In Peru for example, government officials revealed to OjoPublico that during the negotiation process, Pfizer asked for clauses indemnifying itself for the possible adverse effects of the vaccine, delays in the delivery of batches, or other types of protection against future lawsuits. During the course of the negotiations, the Peruvian Government issued a supreme decree agreeing to submit to international arbitration in the event of disputes arising from the purchase of vaccines.

Negotiations continued for several months. Finally, in February of this year, a contract for 20 million vaccines was signed, five months after a binding term sheet was signed by the Peruvian Ministry of Health and Pfizer. This agreement provided that Peru would pay US$ 118.8 million for an initial 9.9 million vaccines. In other words, $12 per dose or $24 for the two shots.

The information blackout was also replicated in Mexico. Four of the documents marked confidential by the Mexican government in the contracts with Pfizer, AstraZeneca and CanSinoBIO are called: “Indemnification” “Insurance and Liability” “Exclusion of Liability” and “Release; Limitation of Liability for Claims Other Than Third Party Indemnification, Disclaimer of Warranties,” according to a response from the Secretary of Health to a request submitted by PODER.

In different ways, all of the laboratories demanded that countries change their laws to give them indemnity, which many countries were forced to accept.

Felicitas Torrecilla, Research Coordinator at Fundación Directorio Legislativo, explains: “We found that 12 governments had to make significant concessions to sign contracts, concessions which today restrict – if not prevent – public access to critical information about the terms agreed and the prices paid for vaccines in each country. This information is crucial to understanding not only how the process of accessing vaccines has been conducted, but also the global challenges associated with health equity in an unequal world.”

Contracts and negotiations under lock and key

Although some countries did not amend their laws to give indemnity to the laboratories, almost all did make changes to ensure the confidentiality of the buying process and to allow shortcuts to be made in their public procurement systems. There were 16 countries that bought vaccines directly, in other words without public tendering processes, according to this investigation.

“There is no justification for secrecy in contracts for the purchase of vaccines. In order to scrutinize what the government is doing, it is essential to have access to information about the contracts: what is being bought, what price is being paid, what is being received and how and according to what criteria vaccines are being distributed. Secrecy gives public officials the opportunity to abuse their power for their own benefit and for that of their family, friends and political supporters. This behavior is a clear case of corruption and breach of the duties of public officials and the laws on public ethics,” said Delia Ferreira Rubio, chair of Transparency International.

Peru was one of the first countries to make changes to its legislation. In September 2020, during the negotiations with Pfizer, Sinopharm and other laboratories, the Executive published an Emergency Decree excluding vaccine purchases from the State Procurement Law. These advantages also extend to the distribution and application of vaccines as well as other additional procurement processes necessary for carrying out the vaccination plan.

In 2021, the Peruvian Government then issued another decree further shrouding the vaccine procurement process in secrecy by protecting the confidentiality agreements and clauses with the laboratories. “When these clauses expire, details of the contracts will be disclosed through transparency channels. (…) This is not just the case in Peru. All of the contracts drawn up with the laboratories, insofar as they concern emergency vaccines and a scarce commodity, contain these clauses”, the Peruvian Prime Minister Violeta Bermudez said recently.

The situation is similar in Mexico, where changes to the legislation offer the possibility of flexibility in payments to vaccine manufacturers. “Any necessary payments and advances may be made to obtain better opportunities and in the shortest possible time,” the legislation states.

In the case of Uruguay, the opacity created by the new laws extends to the actual changes to the laws. The decree signed by the Uruguayan ministers was directly classified as confidential information, in other words not publicly accessible.

Taking advantage of existing or newly created laws and regulations to ensure confidentiality, none of the Latin American countries published the documents connected with the purchase of vaccines (except for Chile, where the Transparency International chapter gained access to a redacted copy of the contract with the Covax Fund) or about the negotiations with the laboratories.

Certain countries, such as Mexico and Costa Rica, did set a limitation period on the confidentiality of the negotiations and contracts for the purchase of vaccines. The Mexican government used its transparency laws to place a five-year limit on confidentiality whereas this was one year in Costa Rica.

Although the Mexican government stated that the contracts with Pfizer, AstraZeneca/Oxford, CanSino and Gavi Alliance were confidential, the National Institute for Transparency, Access to Information and Personal Data Protection (INAI) announced, in a  press release on February 28, 2021, that, following a series of meetings with officials from the Ministry of Foreign Affairs and the Ministry of Health, it had obtained a minimal public version of the agreement signed with the Gavi Alliance called Commitment Agreement / Optional Purchase Agreement. As at the date of this report, the agreement had not been made public.

In Panama, and specifically for the Pfizer vaccines, the government accepted, through two cabinet resolutions, the Binding Memorandum of Understanding, the Final Agreement and the Confidentiality Agreement, revealing how much it would pay for the vaccines: up to 48 million dollars for 4 million vaccines, giving an advance of 8 million dollars.

In Peru, although the final prices contained in these agreements are also secret, OjoPúblico reported that the 300,000 doses of vaccines imported from the Chinese laboratory Sinopharm had an FOB value of US$600 million, in other words US$20 per dose, or US$40 in total since the vaccine requires a double dose. After the media reported these figures, the authorities removed this information from the customs import papers for the following batches of vaccine.

Besides the confidentiality provisions and anti-lawsuit clauses granted by different countries to the laboratories, at least four countries granted the additional benefit of tax exemptions for vaccine purchases.

In Mexico, the General Import and Export Taxes Law was amended, initially last July to create the table that showed a 5% import tax per kilogram of vaccine and tax exemption on exports. In February 2021 it was further amended to make both the import and export of vaccines tax-free.

Argentina also included a tax exemption for vaccines in its Law created on October 29, 2020, regarding vaccination in the country. Article 6 of the Law provides that no import duties or any other taxes or levies are payable on Covid-19 vaccines.

Bolivia is another country whose Health Emergency Law states that imports of pandemic-related supplies, including vaccines, were exempt from the payment of “customs duties”. The importation of these products into the country is covered under “relief shipments”.

Although Guatemala has not yet secured any vaccines, it already has a decree stipulating that all imports of Covid-19 vaccines, as well as donations associated with the mobilization and conservation of these vaccines, are exempt from tax for two years.

Which vaccines are going where?

The analysis conducted by Red Palta identified that, as of March 2021, 17 Latin American countries have secured vaccines for their populations, either through bilateral agreements with laboratories, or via the multilateral mechanism Covax Facility, a World Health Organization (WHO) initiative.

Thirteen nations have signed up to the Covax Facility under the self-financing arrangement, whereby countries are required to make advance payments. Venezuela intended to participate but did not meet the quota. For this reason, Venezuela is not on the list of vaccine allocations for the period February-May 2021. Four other countries, Bolivia, El Salvador, Honduras and Nicaragua, will receive their vaccines free of charge, as they are considered to be low to middle-income countries.

The Covax Facility currently has two types of vaccines on its emergency use list: those manufactured by the US laboratory Pfizer and those produced by the British-Swiss pharmaceutical company AstraZeneca/Oxford.

Pfizer/BioNTech has formalized negotiations with 11 countries, while the Russian laboratory Gamaleya, which produces Sputnik V, has formal agreements with six nations. The Chinese pharmaceutical companies Sinovac, Sinopharm and CanSino have also been accepted in Latin America and signed contracts with six, three and one country respectively.

The US multinational Johnson & Johnson, which offers a single-dose vaccine, has agreements with Colombia and Chile. Similarly, Covishield, which is produced by the Serum Institute of India alongside AstraZeneca/Oxford, has arrived in Argentina and the Dominican Republic. Moderna (USA) and Bharat Biotech (India) will each provide vaccines to one country only.

Nicaragua and Guatemala have not yet entered into direct negotiations to acquire vaccines and are currently dependent on Covax shipments or donations. However, in February, the Guatemalan government published a law granting pharmaceutical companies immunity from prosecution. The country also amended its legislation so that the purchase of vaccines was exempt from meeting requirements under the national procurement system, although, from a transparency perspective, it did allow the details of these purchases to be made public.