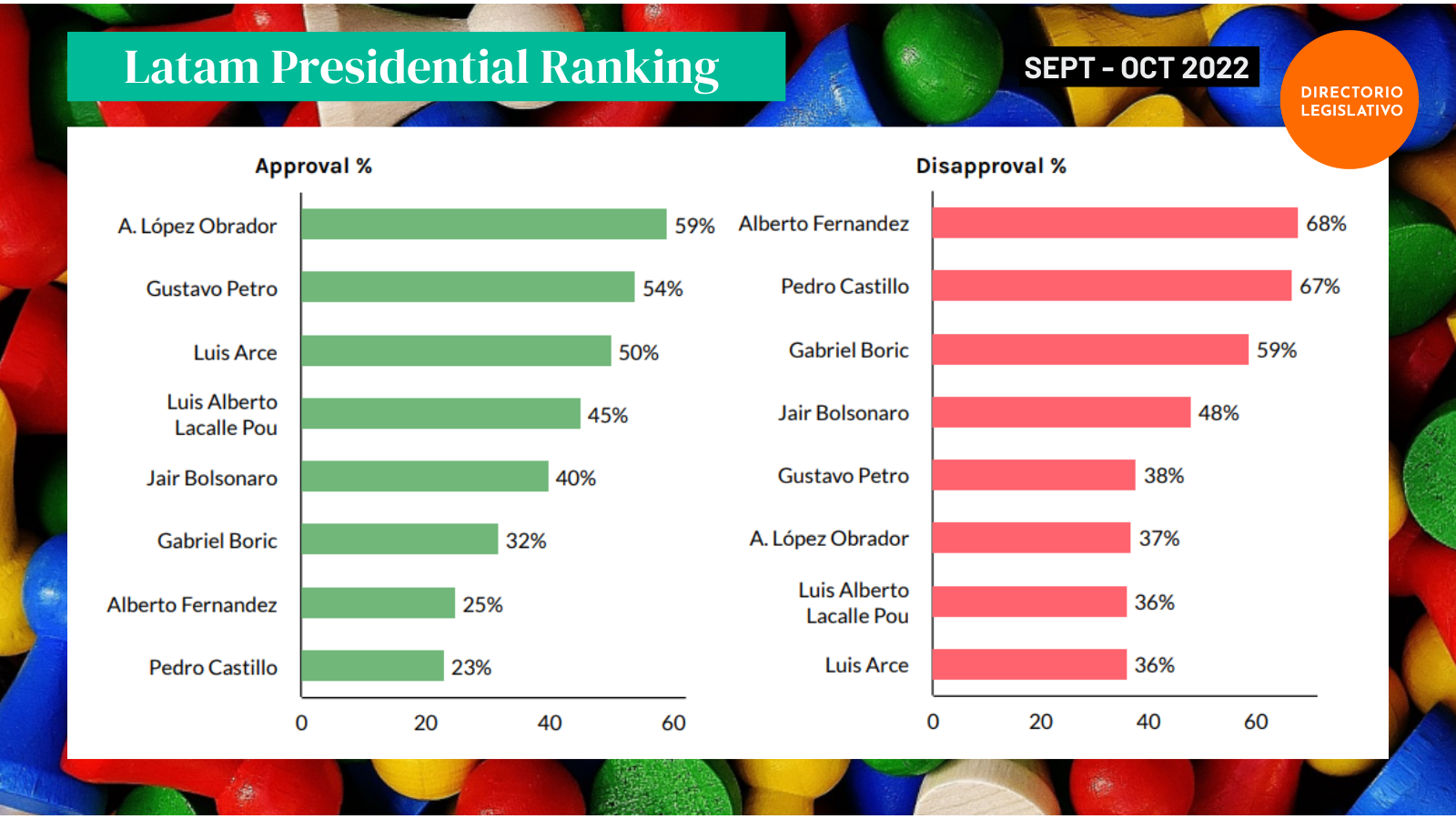 Directorio Legislativo presents its latest ranking of presidents by their approval ratings, based on survey data drawn from 18 countries in the region.

In this issue, we analyze five key developments: