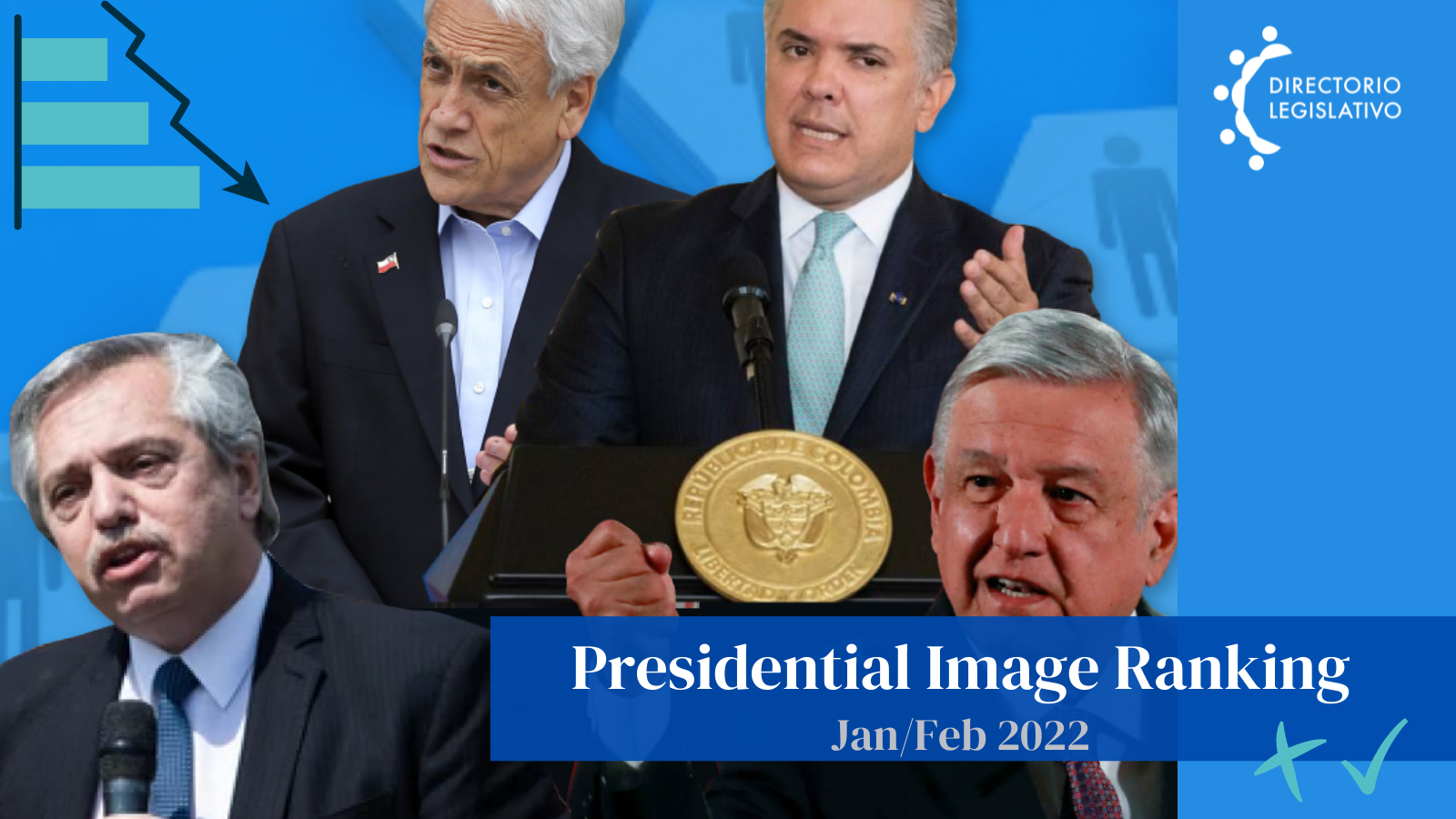 Directorio Legislativo presents the latest ranking of Presidents by approval ratings based on public opinion and governance perceptions spanning 18 countries in Latin America. This issue also provides insights from Juan Battaleme, Director of the Argentine Council for International Relations, about the repercussions of the Russian invasion on the region.

Over the last two months public approval of the region’s presidents has remained low at mostly between 20-30%, with the exception of some isolated cases including Mexico, El Salvador or Uruguay. Governments, as a whole, are even less popular in all the countries looked at.

In this issue, the political scientist Juan Battaleme analyzes these new challenges for the region in a piece titled “Latin America, the Ukrainian War and the shadow of COVID”.

Amid low citizen support and more fragmented congresses, presidents face an uphill struggle to push through their legislative agendas.

In a context of dwindling citizen trust in government and low support for presidents in power, the question arises as to whether democracy remains strong in Latin America. We attempt to answer this through an assessment based on fresh data from the V-DEM Institute.

In recent weeks, the Russian invasion of Ukraine has brought new uncertainties and volatility to Latin America: difficulties accessing credit, obstacles to international trade, and pressure on food and fuel prices – all in a context of already rising inflation in the region.