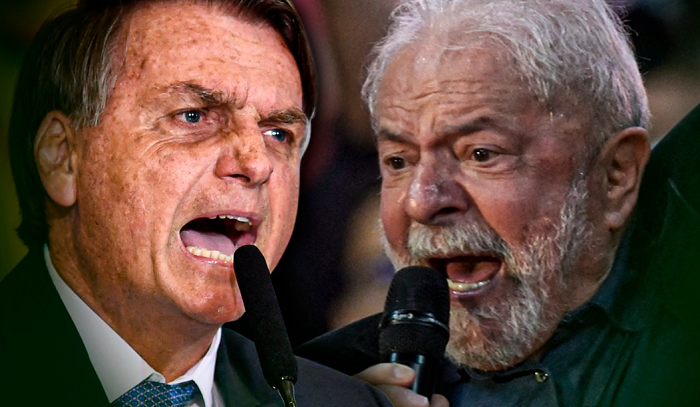 This Sunday, October 2, Brazilians go to the polls to elect the president and vice-president of the Republic, the entire Chamber of Deputies (513), and one third of the Senate (27). Although 11 candidates are vying for the presidency, current president Jair Bolsonaro (Partido Liberal) and former president Lula da Silva (Partido dos Trabalhadores) dominate the polls, with Lula in the lead. That Lula will get the highest number of votes seems certain, but what is less guaranteed is that he will get 50% or above. If he does not, a runoff will be held on October 30.

All opinion polls put Lula ahead of the incumbent, by around 10% or more. However, to win outright in the first round he must get at least 50% of the votes. No poll indicates he can pull that off. However, this refers to “valid votes” meaning that when null and blank votes are taken into account, and deducted from the ballots for each, the scenario changes, with Lula standing a bigger chance of winning outright on Sunday. Either way, a tight race seems all but guaranteed.

What kind of legislative branch will greet the winning candidate?

The final make-up of the next Congress depends on multiple factors, since the system of allocation of seats in Brazil works on several levels. However, looking at the current composition, and bearing in mind that in the Senate only one third of seats is renewed and that in Deputies a high level of re-election of candidates is expected, it is plausible to expect the country’s future legislative dynamics being similar to those of the last four years, whoever wins the presidency.

Thus, both Lula and Bolsonaro would have their work cut out in generating the necessary consensus for their agendas in what looks set to remain a highly fragmented Congress. Whoever wins, then, will face the challenge not only of navigating a splintered legislative branch but also of winning over a divided population to turn his campaign promises into deeds.

What is at stake?

There are two political and development models riding on Sunday’s elections. On the one hand, Bolsonaro proposesthe continuity of his administration which, economically, is geared to strengthening the country’s “entrepreneurial spirit” as well as to tax reductions and generally doing away with red tape. Meanwhile, on the social level, he wants to “maintain traditional values…God, Homeland, Family, Life and Liberty”.

For his part, Lula blames Bolsonaro for souring socioeconomic indicators and promises to “restore living conditions for the majority”. In economic matters, he advocates “producing and consuming in a sustainable way” and he wants to return to the policy of increasing the minimum wage to “restore the purchasing power of workers”. In social matters, he promotes policies for the promotion of racial equality and the protection of the rights and territories of indigenous peoples.

A campaign defined by confrontation

This electoral contest is framed by polarization and increased violence. Bolsonaro has discredited the electoral system because, to his mind, the electronic voting devices cannot guarantee transparency. In response, and to allay concerns, the Electoral Tribunal has empowered different institutions to supervise the elections. However, doubts are rife as to how Bolsonaro would react and what he might do in the event of a defeat.

In short, the outcome of Sunday’s elections will have a considerable impact not only on Brazil but also on the regional scenario, since it is the country with the greatest economic and demographic weight in South America. In foreign policy, the candidates also maintain substantial differences. While the Bolsonarista administration proposes to maintain a distance from the region under the pretense of greater globalism, Latin American integration occupies a central place in Lula’s agenda. In conclusion, on Sunday two sides with opposing ideas regarding Brazil’s future for the next few years will be at stake.