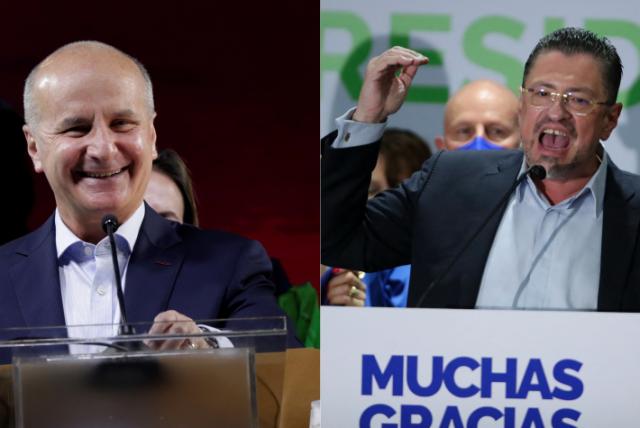 On Sunday, presidential and legislative elections were held in Costa Rica – at stake, the head of the national executive branch and all 57 deputies of the Legislative Assembly for the period 2022-2026. Amid a record-low turnout the winning presidential candidate was former president José María Figueres, of the Partido Liberación Nacional (PLN), with 27.28% of the votes. As predicted with so many undecided voters in the run-up there were some surprises, among them a surge of support for Rodrigo Chaves of the Partido Progreso Social Democrático (PSD), who will now face off against Figueres in a runoff. At the legislative level, overall fragmentation looks set to continue although with an important shake-up of deputies.

Who are the candidates for the runoff?

José María Figueres: He is an industrial engineer from West Point Military Academy and has a Master’s Degree in Public Administration from Harvard University. He was President of Costa Rica from 1994 to 1998. He was also Minister of Foreign Trade (1986-1988) and Minister of Agriculture and Livestock (1989-1990). His proposals include: regulating the fintech industry and crypto-assets; promoting a waste management plan; promoting the simplification of procedures such as the registration of medicines; and boosting the orange economy through tax benefits.

Rodrigo Chaves: He holds a degree in Economics and also has a PhD in the same discipline from the Ohio State University. He was Minister of Finance during the current government of Carlos Alvarado, from December 2019 to May 2020, from which he left due to disagreements with the president on the application of austere fiscal rules for local governments. His proposals include: the creation of the Commercial and Financial Transactions System (SINTRA in Spanish); the bancarization of all Costa Ricans over 12 years old; the elimination of tariffs on medicines; and the reduction of the price of the basic food basket.

The elections also chose the new members of the Legislative Assembly. Based on a projection of 70.5% of the votes cast at the legislative level, the future composition will have a level of fragmentation similar to the current one, with 6 political parties represented. The changes are in the groups making up the Assembly. The PLN, with 19 seats, and PUSC, with 10, see their deputy numbers increase while the PSD and PNR parties, both established in 2018, are likely to hold 9 and 7 seats respectively. Meanwhile, the current ruling party Partido Acción Ciudadana (PAC), unable to capture even a single seat, is set to disappear from the legislature altogether.  As such, the next Assembly will see a continuation of cross-party and -bloc negotiations for passing laws with no single party holding a majority to push through its agenda independently.

The country approached Sunday’s elections amid uncertainty. As predicted by polls José María Figueres (PLN) won the election but fell short of the required 40% victory threshold, so must now compete in a runoff. Also, the last-day choices of the many undecided voters favored Rodrigo Chaves (PSD), placing him as runner-up and Figueres’ rival in the second round. Thus, a new, final leg of the presidential race gets underway pitting a traditional party against a newcomer promising political renovation, with much to play for until April 3.