Colombia to elect new president, with leftist leading in polls 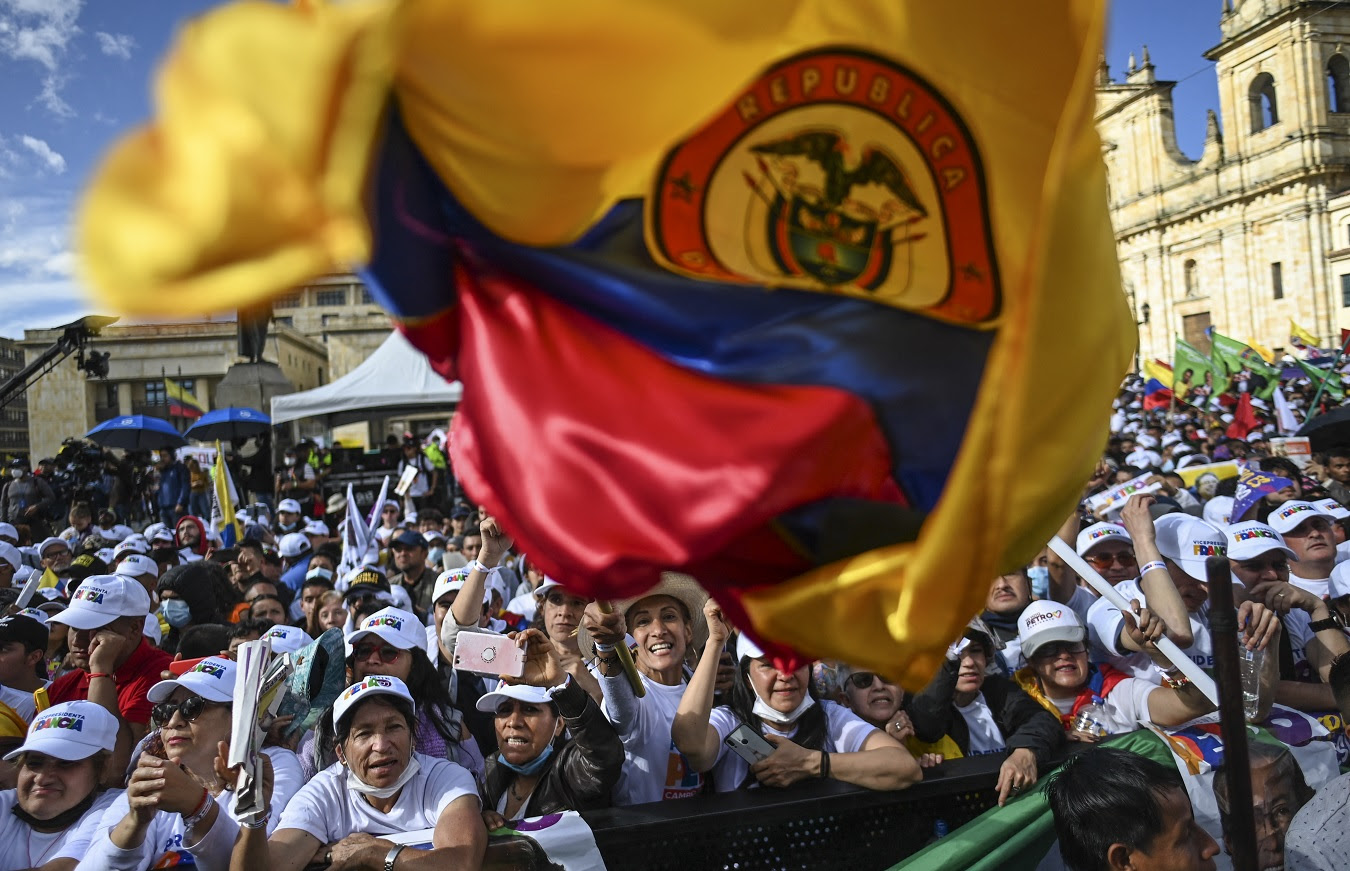 This Sunday will see elections held in Colombia to choose the country’s next president, in office until 2026. With an average support in polls of 39.4%, the leftist candidate Gustavo Petro, of the Pacto Histórico coalition, leads the field and is favorite to win. Two right-wing contenders are out to stop him and are battling each other for a place in a second round runoff: traditionalist Federico ‘Fico’ Gutiérrez, of Equipo del Colombia, and the anti-establishment businessman Rodolfo Hernández of Liga de Gobernantes Anticorrupción.

Polls put Gustavo Petro (Pacto Histórico) ahead with an average of 40% of voter intentions. However, he has struggled to widen his base of support, making outright victory in the first-round unlikely and meaning he will need to woo more undecided voters. Fico Gutiérrez (Equipo por Colombia) has, for now, succeeded in positioning himself as the center right candidate of choice, with polls giving him 26.2% support on average. For his part, Rodolfo Hernández (Liga de Gobernantes Anticorrupción), who until recently barely surpassed 10%, appears to have effectively, and recently, tapped anti-mainstream sentiment to double his poll figure to 20.3%. Currently trailing Hernández in 4th place is Sergio Fajardo (Centro Esperanza), who has 5% support, followed by Enrique Gómez (Movimiento Nacional de Salvación) and John Milton Rodriguez (Colombia Justa Libres), on less than 1%.

Who are the favourite candidates?

Gustavo Petro: In his youth he was a member of the Movimiento 19 de abril (M-19), a socialist guerrilla group. The current elections will be his third attempt at the presidency. He was mayor of Bogotá (2012-2015) and currently holds a seat in the Senate, from where he organized the progressive left-wing alliance Pacto Histórico.

Among its proposals are: Promote the development of biodegradable materials and ban single-use plastics; prohibit the exploitation of unconventional oilfields and stop fracking projects; strengthen public banking; and develop a national pharmaceutical industry.

Federico “Fico” Gutierrez: He studied civil engineering and completed a specialization in Senior Management at the University of Medellín and another in Political Science at the Universidad Pontificia Bolivariana. Between 2004 and 2012 he served as councilman of Medellín and was mayor of that city between 2016 and 2020 for the Creemos Colombia Movement.

Among its proposals are: Deepen financial inclusion; Strengthen the Fintech ecosystem; Consolidate Colombia as a hub for audiovisual production in the region; promote responsible mining and increase the use of clean energy; and consolidate a national pharmaceutical industry.

Among its proposals are: Stimulate the financing and execution of works of the 5G Program; deepen the national policy of price control to the pharmaceutical industry; promote more sustainable and healthy forms of food production and consumption; expand access to credit for businesses; and promote the strengthening of the digital economy.

Colombia heads into the elections with a high degree of voter polarization and discontent. Gustavo Petro of the Pacto Histórico coalition has continued to lead in polls and is favorite to become the country’s first ever left-wing president. Meanwhile the task of his main rival, Fico Gutiérrez (Equipo por Colombia) is made harder by a conservative voter block left disenchanted by the current right-of-center government. Finally, Rodolfo Hernandez (Liga de Gobernantes Anticorrupción) hopes to spring a surprise, seeing his support double in recent weeks to 20%. Whoever is the next president in Colombia will have to face a fragmented Congress, which is looking to the results of the election to generate alliances.