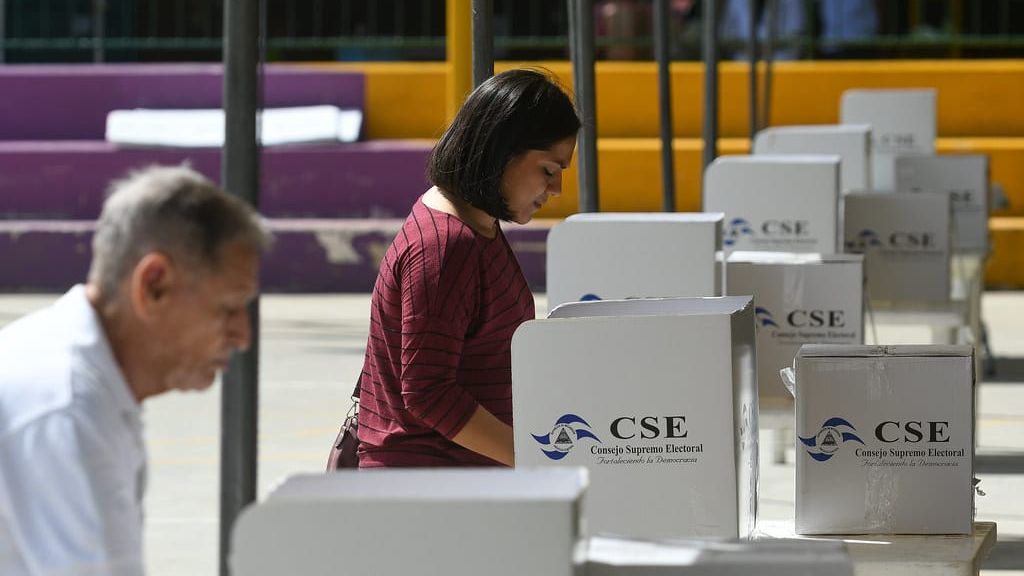 Next Sunday, Nicaragua will elect its president and its new National Assembly for the period 2022-2027. The current president, Daniel Ortega, will seek his third consecutive reelection against a backdrop of political and social crises and instability marked by the persecution and detention of opponents to his government. These arrests, added to Ortega’s control of the Supreme Electoral Council, have led to heavy national and international criticism over the legitimacy of the elections. Nevertheless, all seems to indicate the current president will secure a fresh mandate.

The candidates running for president are: Daniel Ortega (Frente Sandinista de Liberación Nacional), Walter Espinoza (Partido Liberal Constitucionalista), Mauricio Orúe (Partido Liberal Independiente), Marcelo Montiel (Alianza Liberal Nicaragüense), Gerson Gutiérrez (Alianza por la República) and Guillermo Osorno (Camino Cristiano Nicaragüense). The winner will be the most voted-for candidate without the need to pass a minimum threshold. It should be stressed that seven opposition pre-candidates seen capable of mounting a challenge against Ortega are currently imprisoned while the main opposition party, Ciudadanos por la Libertad, has been banned from participating in the elections.

What about the rest of the candidates?

The rest of the candidates have been branded “accomplices” of the regime by the opposition. They do not amount to a true competition, it is argued, but are rather serving to legitimize the elections. This is especially important considering that in recent months the Ortega regime has imprisoned on charges of ‘crimes against the homeland’ the country’s most popular opposition figures, among them Cristiana Chamorro, Juan Sebastián Chamorro or Félix Maradiaga.

On Sunday, the 92 seats that constitute the National Assembly will also be up for renewal. The ruling party currently has 70 seats. This gives it a two-thirds majority enabling it to pass bills, including on constitutional reforms, without the need to negotiate with the opposition. Seats will be distributed through a proportional allocation system, with the ruling party expected at the very least to hold on to an absolute majority.

Reliable opinion polls are scarce but, according to those that do exist, Ortega is set to win by a wide margin. As for the National Assembly, it also seems certain to remain in Ortega’s hands.  However, the lack of reliable data does not allow for a clear projection on whether he will be able to retain his government’s qualified majority, which remains the most interesting element of uncertainty ahead of Sunday’s vote.

Next Sunday’s elections are set to see a victory for Daniel Ortega and the FSLN. Thus, Nicaragua will remain under a Sandinista government for another 5 years, a period in which one can expect the government’s political and economic reforms to consollidate. But Ortega will have cause for concern given the level of international criticism, with the Organization of American States and the US Government having hinted they may not recognize the results due to the lack of transparency and absence of genuine competition.