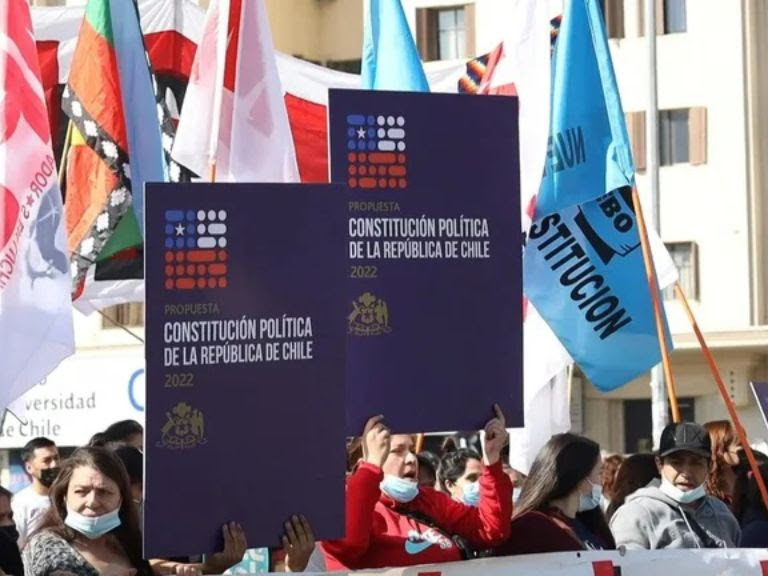 This Sunday, Chileans go to the polls to approve or reject the text of a new Constitution, proposed in the wake of the country’s nationwide protests during 2019 -20.

Why a new Magna Carta?

In October 2019, following a hike in public transport costs, Chilleans protested en masse. The unrest led the country’s political parties to back an Agreement for Social Peace and New Constitution, which set out a roadmap for proposing and voting on a new constitution. The initiative was supported by a majority of citizens: nearly 80% favored the creation of a Constitutional Convention – a body of 155 representatives, elected in May last year – that would be tasked with drafting a new Magna Carta for the country.

What is different about the new constitution?

Over 15 million citizens are legally obliged to vote in Sunday’s plebiscite. At stake is the future of a draft Constitution whose 388 articles would make it one of the most comprehensive in the region, surpassed in length only by that of Bolivia. It seeks a ‘Plurinational and Intercultural’ state; would enshrine rights to health, education, housing and the environment; aims to redistribute (devolve) power in recognizing the autonomy of Chile’s regions, communes and indigenous territories; and would replace the country’s Senate with a so-called Chamber of Regions.

Polls suggest Chileans will reject the draft. However, margins have narrowed since early July, with those in favor gaining two percentage points and those against dropping seven. Whatever the outcome, difficulties lie in wait.

Approval of the proposed text, while a victory for President Boric, would mean him having to negotiate the constitution’s implementation amid significant (albeit not majority) public and political opposition and with a presidential disapproval rating that now stands at 53%. For this he will need to build consensus in Congress around measures to give legitimacy to the process.

Meanwhile, rejection could mean Boric opting for the ‘plan b’ of pushing through constitutional reforms in Congress. The government has already braced for this in siding with a new law lowering the support threshold for modifications to the existing Constitution. An alternative would be continuing with the Constitutional Convention process. In preparation for this, the Legislative branch is considering a bill that would oblige the President to define, within 15 days of the results being known, how such a continuation would occur.