Chaves defeats Figueres to become next president of Costa Rica 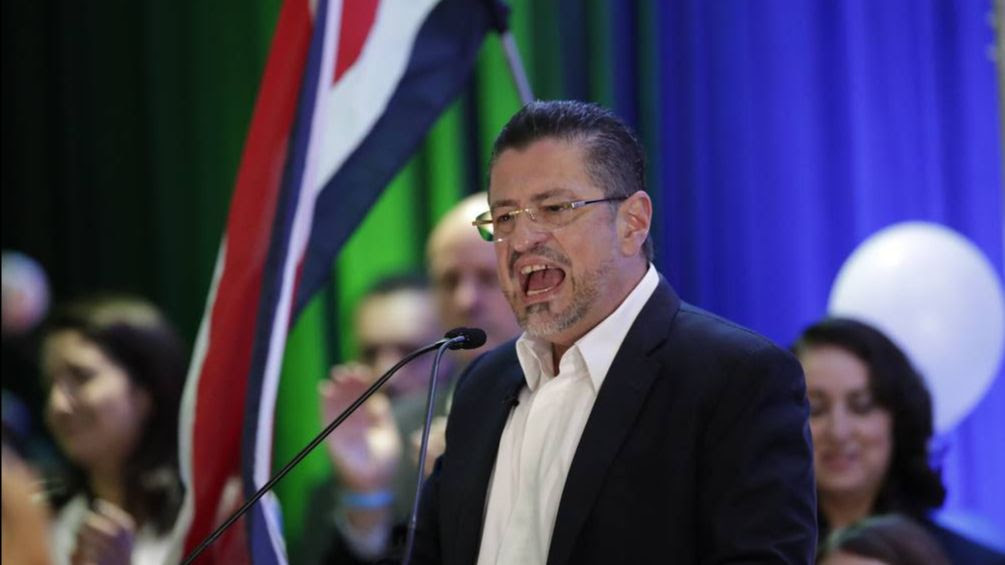 The runoff election in Costa Rica took place this Sunday. Rodrigo Chaves, of Partido Progreso Social Democrático (PPSD), has won, obtaining 52.85% of the votes with 98.15% of ballot stations counted. Chaves won in all but two of the country’s seven provinces and, according to preliminary results, beat his rival from Partido Liberación Nacional (PLN), José María Figueres, by a margin of 5.7%. The new president will take office on May 8 and will be in post until 2026.

Sunday’s elections came amid widespread voter apathy and disenchantment with the country’s politics. This was borne out, once again, by a high level of voter abstention that was of 43.23% surpassing even the one registered in the first round of February. Against this background, Chaves’ pledge for a “new politics” appears to won over enough voters. And in defeating his PLN rival he has pulled off something of a double electoral surprise – first, on February 6, making it through to the runoff despite not being among the front three favorites; and now, prevailing over the traditional PLN on the back of a party that was created as recently as 2018.

Who is the next president in Costa Rica?

Rodrigo Chaves (Partido Progreso Social Demcrático): He holds a degree in Economics and also has a PhD in the same discipline from the Ohio State University. He was Minister of Finance during the current government of Carlos Alvarado, from December 2019 to May 2020, from which he left due to disagreements with the president on the application of austere fiscal rules for local governments.

His proposals include: the creation of the Commercial and Financial Transactions System (SINTRA in Spanish); the bancarization of all Costa Ricans over 12 years old; the elimination of tariffs on medicines; and the reduction of the price of the basic food basket.

What will the Assembly with which Chaves will have to work look like?

The Legislative Assembly will be fragmented across six political parties with no single party holding the 29 seats necessary for a majority. The new president must promote broad agreements to reach that threshold given that his party will only hold 10 seats. To this end, in his victory speech, he sent a message of unity to the rest of the political parties aimed at easing tensions. In addition, during the campaign, the PPSD leader left open the possibility of including figures from other political spaces in his eventual cabinet.

Chaves will take up his presidency, then, on the back of a somewhat tepid mandate given the low turnout and with pressing issues to address; among them, responding to citizens’ biggest concerns, notably the state of the economy, unemployment, corruption, and the country’s negotiations with the IMF – all while he strives to rebuild the public’s confidence in government and politics, which he says he is committed to doing. Key to his success will be whether he consolidates enough power in the Legislature, where he will be far short of a majority. What is certain is that to push through a meaningful part of his agenda, he will need continual support from other parties. Thus, the success of his administration will depend on his unblocking the country’s stagnation through enough cross party support for policies and reforms satisfying the electorate and rekindling its belief in government.